well i’m well on my way to finishing 33 blog posts by the time i turn 33…ok not so much, i’m going to have to step up my game…

so i really don’t like wasting and that goes for a lot of things, food, money, stuff…i also don’t want to ever have hoarder status though so if i can’t upcycle something, pass it along, or sell it, i donate it. of course i always try to figure out if there is something i can do with an item before just getting rid of it because i would hate to have to buy something else in the future and kick myself because i could have just used x.

of course this drives the husband crazy because he wants to get rid of stuff faster than a zit on your nose. i am learning though and along with not being wasteful i do want to keep life simple as well and sometimes that means getting rid of stuff. more on that in the next post!

anyway, here’s an upcycle that i did in about an hour! simple, cheap and awesome!

i had this sign that we used to use when we would go to bridal bazaars. it wasn’t cheap but we used it for years and got our money’s worth out of it. then we changed our business name and just like that this sign became garbage. 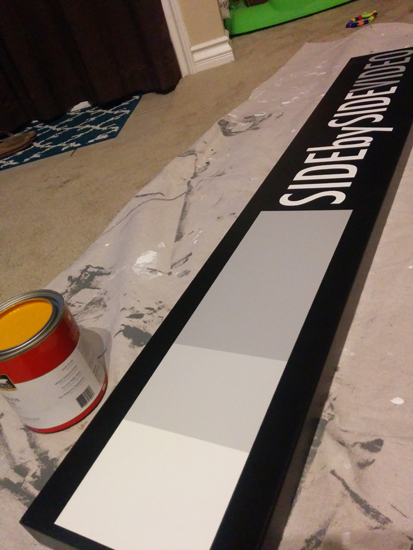 it sat around in the closet for a few years and jared said i had to get rid of it. so thanks to pinterest and having a child, i finally thought of what i should do with this cumbersome item! 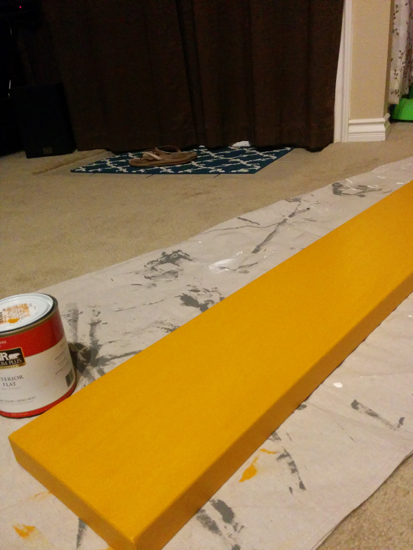 yellow/goldenrod is one of my favorite upcycle colors right now! we actually blew through a whole can with projects so i did need to buy a new can for this, but i’m sure i’ll use it all eventually 🙂 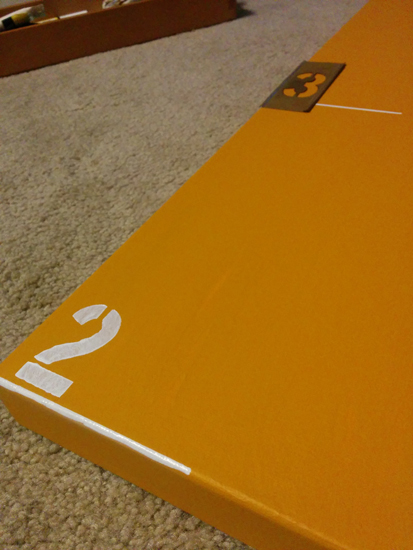 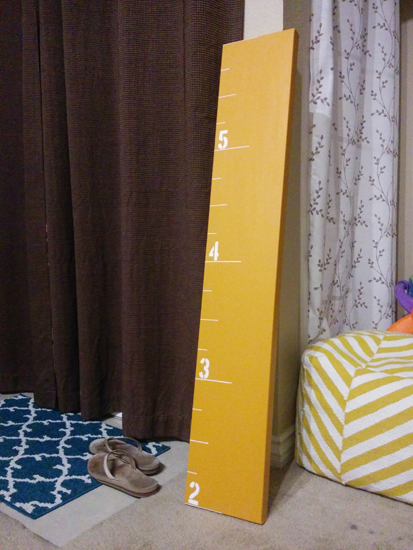 voila! done. just like that. i did this whole project after the baby went down for the night and hung it up in the play room. i used it on her first birthday and we’ll have this for years! from garbage to a keepsake!

do you have anything you’ve wanted to do something with but can’t think of an idea?