so this is a story about how two people tend to be really really last minute with trip planning…and how this particular trip was so last minute that they didn’t even tell anyone they were going.

we were, in fact we were so busy with weddings in 2010 that our 9 days in a row that we had free that whole summer really crept up on us. so we talked about where we wanted to go [everywhere] and narrowed it down to peru and new zealand. peru is closer but when we priced them out, new zealand was much more affordable and faster to get to! so a week before we left, we bought our tickets and headed down under.

the photos below are a bit of a tease unfortunately because we can’t post many of our hobbiton photos until both the hobbit movies come out which i believe will be 2013…boo. ‘hobbiton’ is a working sheep farm in matamata. they found the location for the lotr movies by flying over it in helicopter. they asked the owner if they could work something out to use this as a set for the films. the neat thing is that the owner kept the ‘hobbit holes’ up for people to come visit. we expected to see what you see here, stripped down, but we got a real treat when we realized they were already dressing the set for the hobbit movies which is why we aren’t allowed to post the photos yet.

so we showed up after making a reservation for the tour and it was pouring rain…ya know…their winter. luckily they had boots for us to wear and better umbrellas than we had! turns out we were the only, yes the only people on the tour. this is not the first time i’ve accidentally had a tour all to myself but that’s another story. anyway, we awkwardly hopped in the tour bus and listened to an older man mumble in his kiwi accent for an hour or so as he led us through the town. we were able to wander out and go inside the houses (which i’ll post in two years if the world hasn’t ended). but then it got a little more awkward as we realized that the tour wasn’t over. since it’s a working sheep farm we got to have our very own personal sheep shearing demonstration! yippee. i even got to feed the lambs their bottles, hahaha. this was not our first experience with sheep on a trip either, but that’s another story… 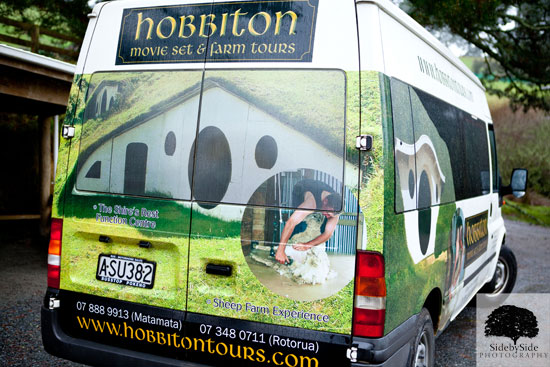 our super nerdy van…just for the two of us and our tour guide, who used the microphone and speakers, haha 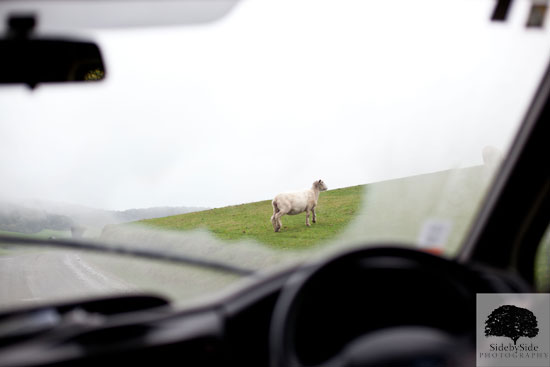 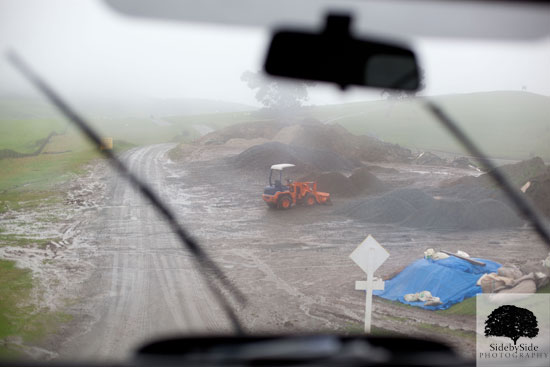 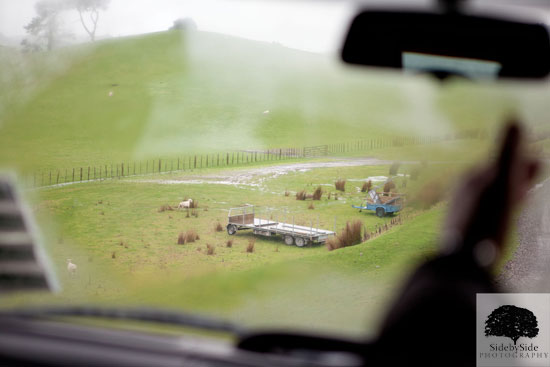 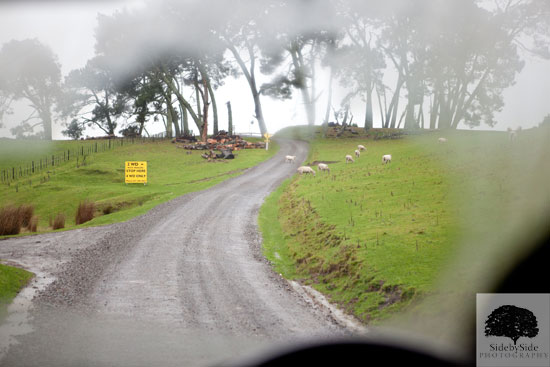 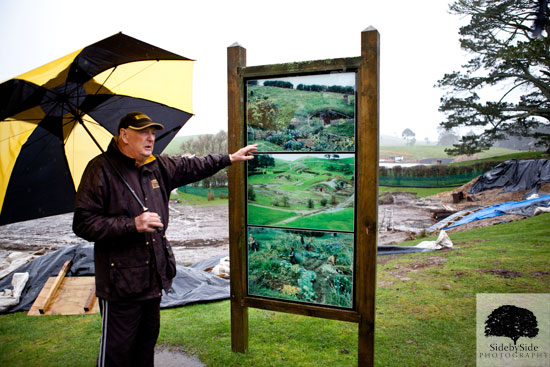 our tour guide showing us still frames from the lotr movies 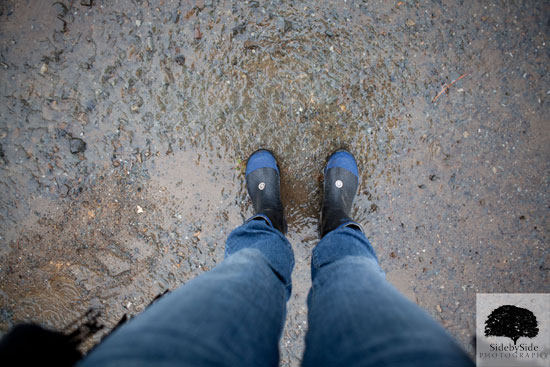 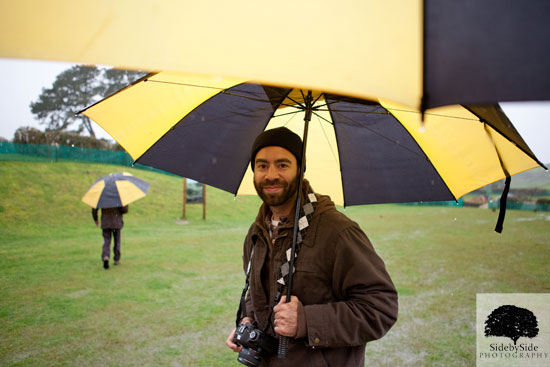 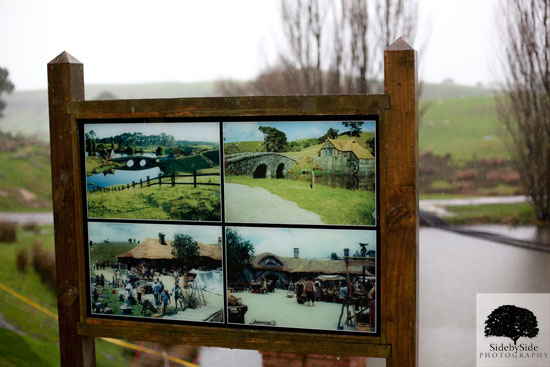 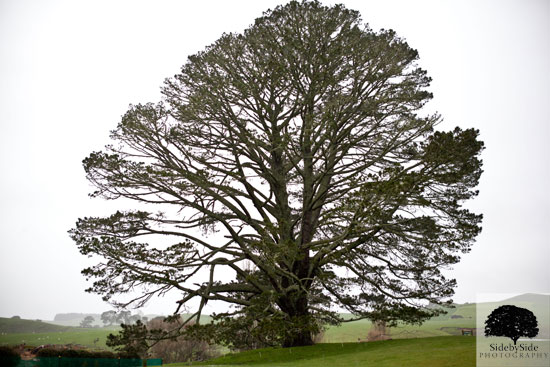 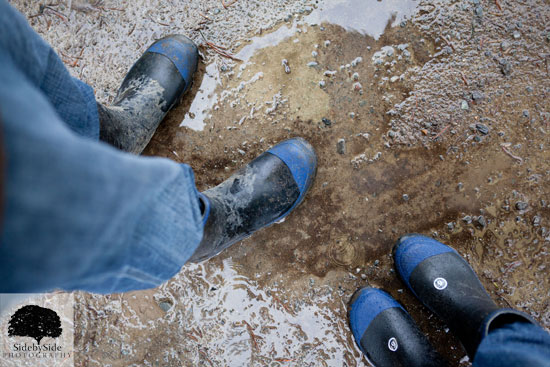 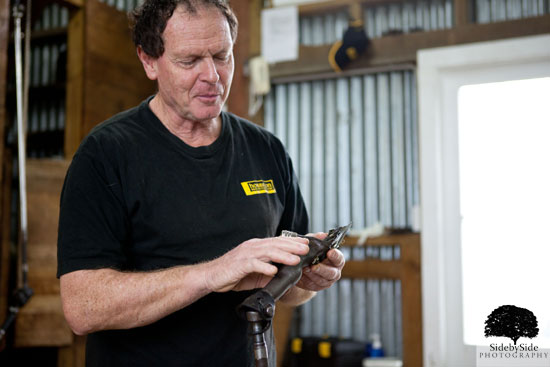 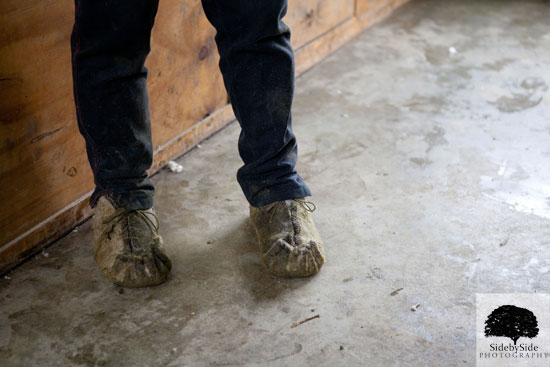 love his shoes, so authentic! 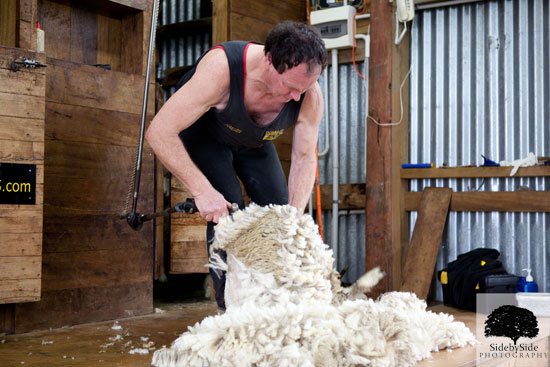 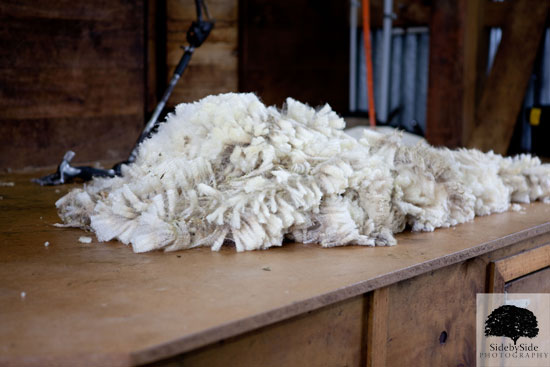 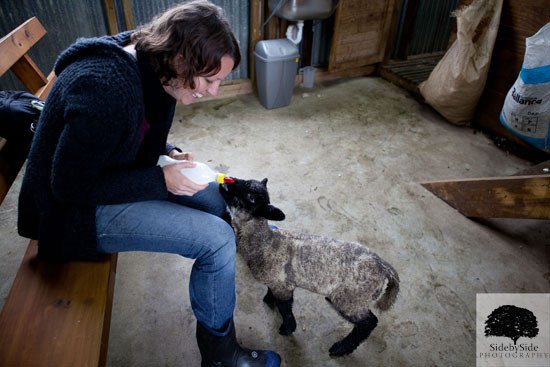 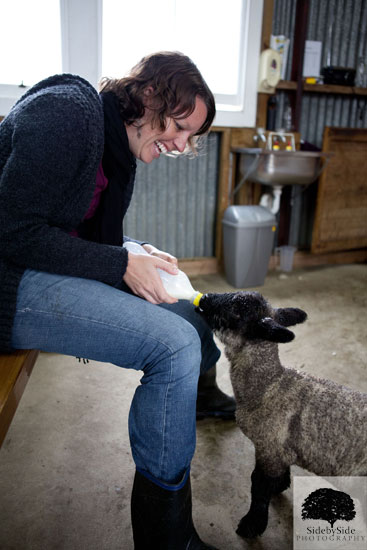 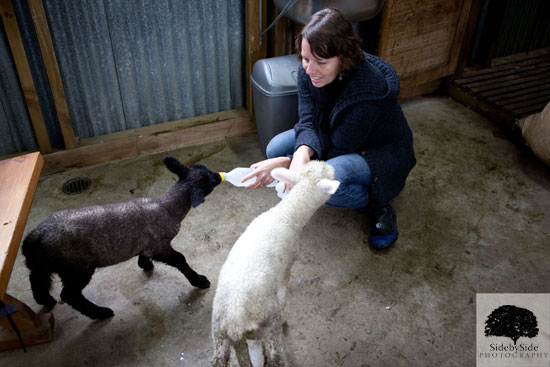 they are pretty cute, they wag their tails like dogs 🙂