Omigosh…this was our very first cake smash and it was hilarious! I don’t think we stopped laughing the whole time. He was just poking at it and playing with the frosting for a while but he really got into it later. We’ll show you the rest soon along with his one year old shoot. Man I can’t get enough of this kid 🙂 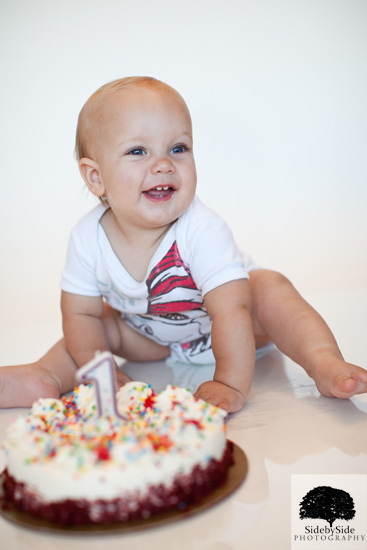