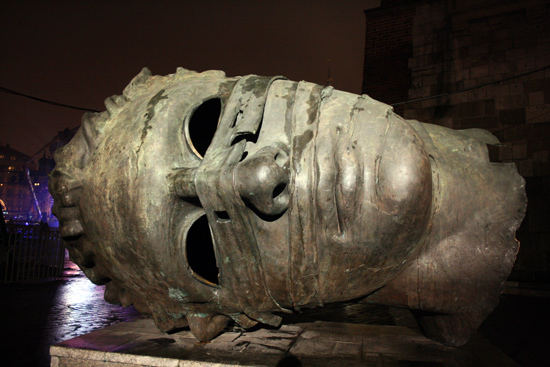 One reply on “The time I missed a train”

Well, here is the other side of the story. I anxiously hung out at the doorway of the train waiting to grab her bags and was pretty annoyed because she always makes it “just in time.” All of a sudden…toot, toot and the train pulls out. At that point, what could we do. I didn’t think she was dead, I just figured she was late as usual. So we are zipping along in the train and I notice that the names of the cities we were passing did not seem correct. Asked the conductor, and sure enough, we were actually headed to Czech Rebublic, and not Slovakia. Oops…we were on the wrong train! The conductor seemed quite worried, but we just got out at the station on the border, waited an hour or so and then got on a train headed in the right direction. We stayed in a gorgeous hotel in Bratislava, a former embassy, and had a great day exploring the city. But really, all you need in Bratislava is one day, unless you are Tyler, who thinks it is a great town to party in. Did get the email from Danielle that night and she assured us that she would make it back to Budapest to catch the plane home. In fact, she made it there hours before we did. Ironically, when we went to the airport the next day we barely made it on to the plane because the check in line was really long! Sometime two hours ahead isn’t long enough!